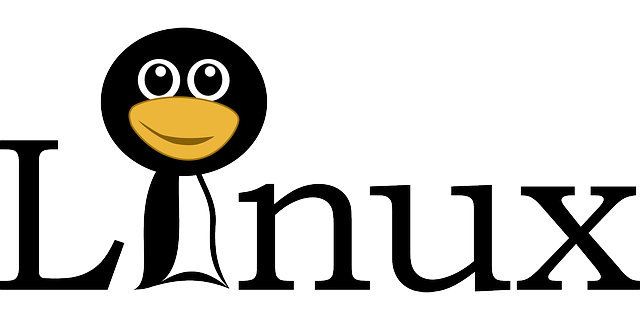 This is a collection of best Linux books with useful information for any Linux beginners, experienced users, Linux administrators or developers. Here is a list of  free Linux e-books that will help you to build your Linux skills :

This book is designed to provide an overview of the steps needed to implement a secure environment on a Linux system and outlines some of the threats and how these weaknesses are exploited by some.

This book was written as a guide through the setup process and to explain the iptables package. It includes information about the iptables and Netfilter functions in the new Linux 2.4.x kernels.

This is the web site for the Third Edition of Linux Device Drivers, by Jonathan Corbet, Alessandro Rubini, and Greg Kroah-Hartman. For the moment, only the finished PDF files are available; we do intend to make an HTML version and the DocBook source available as well.
This book is available under the terms of the Creative Commons Attribution-ShareAlike 2.0 license.That means that you are free to download and redistribute it.The development of the book was made possible, however, by those who purchase a copy from O’Reilly or elsewhere.

Bash is the shell, or command language interpreter, for the GNU operating system. The name is an acronym for the ‘Bourne-Again SHell’, a pun on Stephen Bourne, the author of the direct ancestor of the current Unix shell /bin/sh, which appeared in the Seventh Edition Bell Labs Research version of Unix.

A Practical Planning and Implementation Guide for Migrating to Desktop Linux

This book describes the process of creating a Linux system from scratch from an already installed Linux distribution, using nothing but the sources of software that are needed.

Emacs is the extensible, customizable, self-documenting real-time display editor. This Info file describes how to edit with Emacs and some of how to customize it.

Programming with GNOME is no simple task for the uninitiated. GNOME is one of the larger desktop programming suites you’ll find. It has taken two years and hundreds of programmers to become what it is now. GNOME covers a lot of ground and makes use of many, many supporting libraries. Despite its nec- essary complexity, however, GNOME is very well laid out. It makes sense when you see it as a whole. On a line-by-line basis the code is not arcane or obfuscated. It’s actually well written and quite nicely formatted. There’s just so much of it! This book will attempt to guide you through all the fundamental parts of GNOME, to explain how things work and why. Rather than taking you through an exhaustive listing of function calls and coding semantics, we’ll concentrate on what makes GNOME tick. We’ll certainly go into detail about the important function calls and how to use them, but you’ll still want to keep the official GNOME and GTK+ documentation on hand. The official documents are free, just like the rest of GNOME, and should even be bundled with your GNOME distribution. When you finish with this book, you should have a very clear, intuitive understanding of the GNOME 1.2 framework. You’ll be able to write a com- plete GNOME application, from front to back. If you run into problems, you’ll know how to diagnose the problem and where to look for the answers. It’s impossible to know absolutely everything, but this book should at least iden- tify everything you need to know.

If you are a developer for the GNU/Linux system, this book will help you to develop GNU/Linux software that works the way users expect it to, write more sophisticated programs with features such as multiprocessing, multi-threading, interprocess communication, and interaction with hardware devices, improve your programs by making them run faster, more reliably, and more securely, understand the preculiarities of a GNU/Linux system, including its limitations, special capabilities, and conventions.

Secure Programming for Linux and Unix

The Art of Unix Programming

There is a vast difference between knowledge and expertise. Knowledge lets you deduce the right thing to do; expertise makes the right thing a reflex, hardly requiring conscious thought at all. This book has a lot of knowledge in it, but it is mainly about expertise. It is going to try to teach you the things about Unix development that Unix experts know, but aren’t aware that they know. It is therefore less about technicalia and more about shared culture than most Unix books — both explicit and implicit culture, both conscious and unconscious traditions. It is not a ‘how-to’ book, it is a ‘why-to’ book. The why-to has great practical importance, because far too much software is poorly designed. Much of it suffers from bloat, is exceedingly hard to maintain, and is too difficult to port to new platforms or extend in ways the original programmers didn’t anticipate. These problems are symptoms of bad design. We hope that readers of this book will learn something of what Unix has to teach about good design.

The Linux Development Platform shows how to choose the best open source and GNU development tools for your specific needs, and integrate them into a complete development environment that maximizes your effectiveness in any project. It covers editors, compilers, assemblers, debuggers, version control, utilities, LSB, Java, cross-platform solutions, and the entire Linux software development process.

As the popularity of the Linux system continues to grow, the interest in writing Linux device drivers steadily increases. Most of Linux is independent of the hardware it runs on, and most users can be (happily) unaware of hardware issues. But, for each piece of hardware supported by Linux, somebody somewhere has written a driver to make it work with the system. Without device drivers, there is no functioning system. Device drivers take on a special role in the Linux kernel. They are distinct “black boxes” that make a particular piece of hardware respond to a well-defined internal programming interface; they hide completely the details of how the device works. User activities are performed by means of a set of standardized calls that are independent of the specific driver; mapping those calls to device-specific operations that act on real hardware is then the role of the device driver. This programming interface is such that drivers can be built separately from the rest of the kernel, and “plugged in” at runtime when needed. This modularity makes Linux drivers easy to write, to the point that there are now hundreds of them available.

Tired of Windows or OS X? Looking for a change? Interested in the worldwide phenomenon of open-source, free software? Look no further than the Linux Starter Pack download to set you on your way to Linux success. Anyone who has tried to use Linux on a daily basis knows the many problems that may arise that are foreign to traditional PC and Mac users. The Linux Starter Pack book makes those tough situations a thing of the past! With step-by-step instructions from installation to hardware configuration, you’ll know your way around a fresh Linux desktop in no time.

Programmers are a resilient bunch. When it comes to administering a successful open-source project, any and all help is desirable. That’s why Producing Open Source Software gives enterprising programmers the tools and methods necessary to administer open source projects and ensure a quality, desirable product is eventually shared with the world. Successful open source software (OSS) gurus such as Ben-Collins Sussman and Brian Fitzpatrick give their expert advice in how to best administer and operate your open source project. Wrangling together the many talents of your programmer team from across the world gives you the power to produce truly amazing OSS applications.

Free Linux book reviews the code Ada 95 language along with the Ada bindings with other packages like – Motif, TCL and GTK+. Book download covers, the Predefined language libraries like GNAT. Linux book download perfect for the beginners and professionals; Clear instructions about installation, configuration and IDE. This Linux book covers TIA, GRASP and other IDE like VAD,Jessie,RAPID,VIDE,GLIDE. On the other hand it describes the AdaGIde a IDE for Windows. For modern Linux destros, the book covers Kdevelop and Ada Browser. In short – a step-by-step comprehensive guide for Ada

Java programming, in 1999 – 2000 in a Red Hat Linux box, supposed one was mad. No help available on the Internet; but the days are gone; Lots of good books available on the Internet on this topic. Simply covers the basics of Linux; Clear instructions on different compilers such as Sun java and IBM java compiler. Another interesting thing it also covers RMI (Remote Method Invocation), Javadoc, rmiregistry, rmic and jar. This book basically uses gcj, i.e. The GNU compiler for java with multiclass program. Great online Linux book.

Free book uses open source resource resources to write the book. The book contains some out dated FAQs, inconsistent how to’s. He has put everything in such a way that, user can uses this book in almost every destro. The chapters are well organized and nicely covered with every aspects of Linux. Nice book for beginners and intermediates.

Book is entitled “For Dummies”, but this free book really is not for Linux dummies, better to say professionals. New in Linux, check out some other free easier Linux book downloads here. Not really a pocket reference, can be hard to understand, the written book comes with some DVDs so, if you have an electronic copy of this book, you need to find the DVD images from the authors or publisher’s site. Download it, burn it and start reading. Author mentions GRUB and LILO, but the book does contain enough information about it.