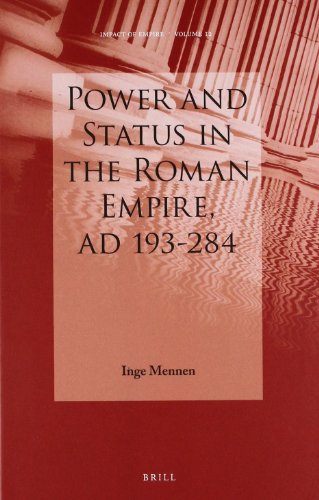 This book deals with changing power and status relations between the highest ranking representatives of Roman imperial power at the central level, in a period when the Empire came under tremendous pressure, AD 193-284. Based on epigraphic, literary and legal materials, the author deals with issues such as the third-century development of emperorship, the shift in power of the senatorial elite and the developing position of senior military officers and other high equestrians. By analyzing the various senior power-holders involved in Roman imperial administration by social rank, this book presents new insights into the diachronic development of imperial administration, appointment policies and socio-political hierarchies between the second and fourth centuries AD.