Volcanoes of the United States 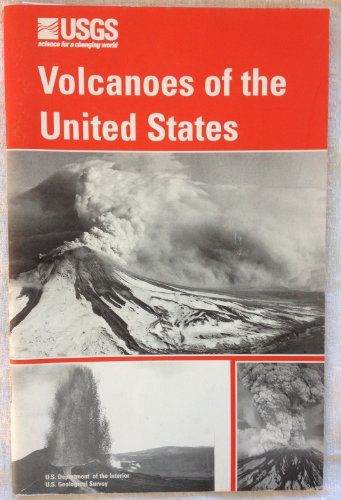 Volcanoes of the United States

Few natural forces are as spectacular and threatening, or have played such a dominant role in shaping the face of the Earth, as erupting volcanoes. Volcanism has built some of the world’s greatest mountain ranges, covered vast regions with lava (molten rock at the Earth’s surface), and triggered explosive eruptions whose size and power are nearly impossible for us to imagine today. Fortunately, such calamitous eruptions occur infrequently. Of the 50 or so volcanoes that erupt every year, however, a few severely disrupt human activities. Between 1980 and 1990, volcanic activity killed at least 26,000 people and forced nearly 450,000 to flee from their homes.

Though few people in the United States may actually experience an erupting volcano, the evidence for earlier volcanism is preserved in many rocks of North America. Features seen in volcanic rocks only hours old are also present in ancient volcanic rocks, both at the surface and buried beneath younger deposits. A thick ash deposit sandwiched between layers of sandstone in Nebraska, the massive granite peaks of the Sierra Nevada mountain range, and a variety of volcanic layers found in eastern Maine are but a few of the striking clues of past volcanism. With this perspective, an erupting volcano is not only an exciting and awesome spectacle in its own right but a window into a natural process that has happened over and over again throughout Earth’s history.

The Earth’s crust, on which we live and depend, is in large part the product of millions of once-active volcanoes and tremendous volumes of magma (molten rock below ground) that did not erupt but instead cooled below the surface. Such persistent and widespread volcanism has resulted in many valuable natural resources throughout the world. For example, volcanic ash blown over thousands of square kilometers of land increases soil fertility for forests and agriculture by adding nutrients and acting as a mulch. Groundwater heated by large, still-hot 3 magma bodies can be tapped for geothermal energy. And over many thousands of years, heated groundwater has concentrated valuable minerals, including copper, tin, gold, and silver, into deposits that are mined throughout the world.

The United States ranks third, behind Indonesia and Japan, in the number of historically active volcanoes (that is, those for which we have written accounts of eruptions). In addition, about 10 percent of the more than 1,500 volcanoes that have erupted in the past 10,000 years are located in the United States. Most of these volcanoes are found in the Aleutian Islands, the Alaska Peninsula, the Hawaiian Islands, and the Cascade Range of the Pacific Northwest; the remainder are widely distributed in the western part of the Nation. A few U.S. volcanoes have produced some of the largest and most dangerous types of eruptions in this century, while several others have threatened to erupt.

Download or read it online for free here: Volcanoes of the United States